In north India, Maha Shivratri is considered to fall in Maagha Mass, whereas in South India, it is celebrated as “the Great Night of Shiva” before the arrival of summer. This festival reminds people about “overcoming darkness and ignorance” around the world and life. On the day of Maha Shivaratri, devotees observe fast, chant prayers, remember lord shiva with meditation, and many more rituals. People also visit Shiva Temples and a renowned pilgrimage called Jyotirlingams on Maha Shivratri. In 2023, Maha Shivaratri will be celebrated on 18 February, Saturday. As always, this festival will be celebrated in India and Nepal.

When is Maha Shivaratri 2023 as per Tamil Calendar?

In 2022, as usual, Maha Shivratri falls on Chaturdashi Tithi of Krishna Paksha, which, according to the calendar, is on 18 February 2023. 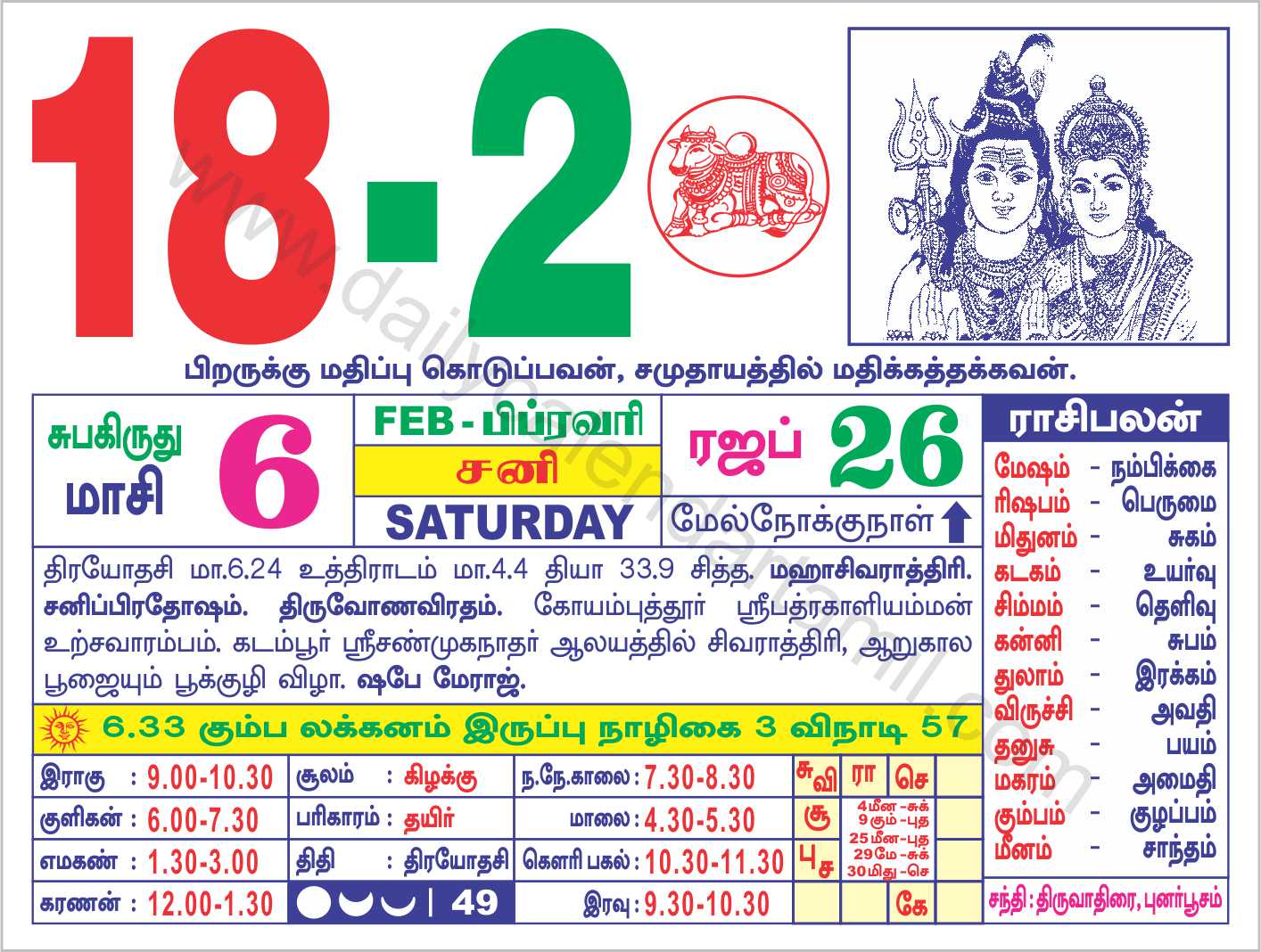 What to eat in Maha Shivaratri fasting?

While some people observe complete fasting on the Maha Shivratri day, others eat food used in fasting because of health or other problems. If you observe Fast on Maha Shivratri, you can eat Rotis, Halwa or some other dishes made of Water Chestnut (Singhade) flour. Dishes made with Sabudana like kheer, khichdi, etc., along with potato dishes. Also, one can include all fruits during the fast.

Is Maha Shivratri a gazetted holiday?

Yes, in 2023, Maha Shivratri is a gazetted holiday, which means banks, schools, and many organizations will observe a holiday on 18 February 2023.

Can we drink water in Maha Shivratri fast?

It is not a compulsory rule that we cannot drink water while observing Maha Shivratri Fast, yet many devotees observe fast all day and night without water.

It is the most essential part tamil people culture who have originated in the tamil land. Despite people living in other countries the unity and tradition still revolves around this calendar.

Everyday is not the same and every second is also not the same that is exactly calculated based on the stars and moon changes in the panchangam, which has records of being followed as the reference for a 60 years cycle. For both auspicious and karma events tamil population all over the world use this calendar. Places include Malaysia, Singapore, Pondicherry, Sri Lanka, etc.

The month starts with chithirai, vargas, aani, aadi, aavani, purattasi, lppasi, karthigai, margazhi, thai, maasi, and ends with panguni. Among these the fifth and the tenth month are the wedding season and aadi is a non-wedding season but is special for Hindu god festival celebrations.